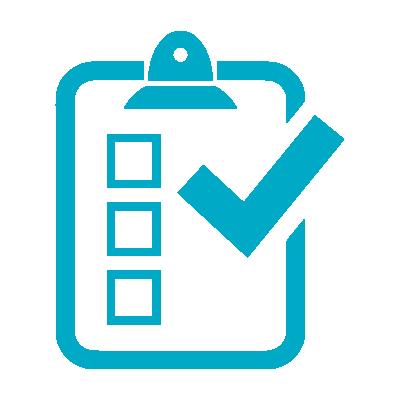 Friends of White Flint wants to know what each of those candidates thinks about the transformation of the White Flint area, smart growth, transit, walkability, bike lanes, and creating a vibrant Pike District that’s attractive to residents, workers, shoppers, and diners.

What questions would you like to ask the candidates? What are your top concerns? What do you want to know about the candidates before you cast your vote in the June primary? Help us draft our candidate questionnaire.

Let’s learn what the candidates think about the White Flint/Pike District area and about the issues that are most important to you. Please submit questions you’d like us to ask the candidates to info@whiteflint.org by the end of the week.

There are several White Flint related projects from the Executive’s proposed FY19-24 budget, including

* Other Transportation Projects including Separated Bikeways.

You can read more detailed descriptions of each of these projects by clicking here.

The County Council is also holding hearings on the CIP budget

Maryland’s very first Uniqlo store opens at Pike and Rose in the fall of 2018!  For those of you who aren’t familiar with what is often called the Gap of Japan, Uniqlo specializes in inexpensive, casual clothes for men, women, and children. It is known for its unending shelves of beautifully folded shirts, sweaters, and athletic wear. Uniglo has 1,900 stores around the world, including one in Tysons Corner and one in Washington, DC.

“Pike & Rose is a thriving new destination to live, work, shop, and dine, and we look forward to meeting the needs of our Maryland customers in style and comfort with our apparel that is made for all,” said UNIQLO USA CEO Hiroshi Taki.

GINSBURG: WHITE FLINT WOULD BE ‘PERFECT’ CHOICE FOR HQ2

Although Montgomery County officials have chosen not to reveal the site they’re suggesting for Amazon’s new “HQ2,” one of the likelier locations is the old White Flint Mall property.

Last week, the Seattle-based company revealed the 20 communities that have made its first cut for its new headquarters building. The winner of the Amazon sweepstakes gets 50,000 high-paying jobs. On Monday, Gov. Larry Hogan unveiled a $5 billion package of enticements to bring the company to Montgomery County.

Amy Ginsburg, executive director of Friends of White Flint, describes why the neighborhood is perfect for the Seattle-based company, in this video: White Flint, about 2.5 miles from the Capital Beltway and about 3 miles from I-270, could burden already taxed roadways for Amazon employees trying to get to work. In this video, Ginsburg offers the transportation alternatives:

How Could White Flint Work for Amazon?

“Amy Ginsburg, executive director of Friends of White Flint, a nonprofit that advocates for the neighborhood, said White Flint and the nearby Pike District have a wide variety of sites ready for office development.

Ginsburg said she thought of the site of the now-demolished White Flint Mall  on Rockville Pike and the neighboring White Flint Plaza  when considering places that could accommodate part of a corporate campus. The Washington Metropolitan Area Transit Authority bus depot north of Nicholson Lane also has redevelopment potential, she said.

“I think one of the great virtues of the White Flint area is that there’s land” available for development, she said.”…

…”Ginsburg said landing the Amazon headquarters would be an unequivocal win for White Flint. “There’s nothing but upside here,” she said.”

In the Baltimore Sun

“I’ve heard White Flint has been mentioned as one of the areas,” said Amy Ginsburg, executive director of the Friends of White Flint. “If that is true, we think Amazon could not be better served. It is the perfect area. We have the space. We have the transit. We are close to highways. We could absolutely fit their space needs.”…

…In the end, Ginsburg said, winning Amazon will be “topic number one all over Montgomery County government and among every developer in town” until Amazon makes its decision.

“This project is another excellent example of creative County partnerships with the private sector that deliver state-of-the-art public facilities at little or no cost to the County, while returning highly-valued publicly-owned property to the County tax base,” said Leggett. “This project is a win for everyone and exemplifies our continued commitment to making the most of how we use our publicly-owned land.”

The former 2nd District station, constructed in 1961, was nearly 60 years old and in dire need of major repairs. Located at a highly valuable corner in downtown Bethesda, the building had multiple site constraints, which made it challenging to meet the modern operational requirements and needs of a growing district.

Montgomery County partnered with Bethesda-based developer StonebridgeCarras to build the new station on an underutilized vacant lot within Bethesda’s Central Business District. The new location is adjacent to County Garage #35 (Woodmont Ave.- Rugby Ave.), which allows the project to maximize the use of public land by using a portion of the public garage for police vehicles and ancillary requirements.

By partnering with the private sector, the new 2nd District station was built largely with private funding at minimal cost to the County. In return, the County will transfer the old 2nd District site at 7359 Wisconsin Avenue, only one block from Metro, to StonebridgeCarras and its financial partner in the project, Buvermo Investments, as part of a 500,000-square-foot redevelopment that will include an office building and hotel.

This new private development project returns this valuable piece of property back to the County tax base, and meets the transit-oriented smart-growth goals identified in the recently adopted Bethesda Downtown Plan.

“StonebridgeCarras is beyond pleased to have worked with the Department of General Services and the Montgomery County Police Department to bring this exciting project to completion” said Jane Mahaffie, Principal at StonebridgeCarras.  “The 2nd District officers will now be in a state-of-the-art police station while the County overall will receive the benefits of a 500,000-square-foot mixed-use redevelopment on the site at Wisconsin Avenue and Montgomery Avenue.”

“Our first Bethesda station opened 90 years ago in the basement of a County office building,” said Chief Manger. “Today, our 2nd District station serves 190,000 County residents and is, now, a state-of-the-art police station.”

The four-story, 28,000-square-foot police station was designed by Michael Baker International, constructed by Smoot Construction Company and will be Leadership in Energy and Environmental Design (LEED) Silver certified.

The new 2nd District station is expected to be open to the public in mid-February.

Friends of White Flint Executive Director Amy Ginsburg had the privilege of being interviewed by Jordan Cooper for his Public Interest Podcast. Here is the link if you’d like to hear Amy and Jordan talk about the redevelopment of the Pike District and Amy’s career in the nonprofit/public service sector.

So many stories about Amazon selecting Montgomery County to be one of their twenty finalists in their search for a site for their second headquarters.  And so many rumors that the Pike District/White Flint area is the area that Montgomery County is pitching! (If those rumors are true, we couldn’t be more thrilled.)

Here are links to some of our favorite news articles on the topic:

Washington Business Journal: New York. L.A. Chicago. And Montgomery County??? HQ2 puts MoCo in the big leagues and We made Amazon’s HQ2 short list in a big way. What now?

CNET: Here’s what the final 20 cities offered Amazon for HQ2

USA Today: Amazon’s second headquarters: The pros and cons of the finalists

CNBC: 3 finalists for Amazon’s second headquarters are in or near Washington, DC

Curious about Bus Rapid Transit (BRT) on Route 355? Then attend one of the upcoming Route 355 BRT Open Houses to learn more about BRT and the project, including where and how the system could operate, potential station locations, and service options. The closest one to the White Flint area is in Bethesda on February 1.Details
Date:  February 1
Time:  7:00 pm – 9:00 pm
Date:   Bethesda-Chevy Chase High School Cafeteria , 4301 East-West Highway, Bethesda

Find out why BRT is:

Rapid: Features like limited stops, off-board fare collection, priority signaling, and level-boarding through all doors make for a faster ride.

Reliable: You’ll never wait long for the next BRT and will see real-time travel information at the station.

Relaxing: Avoid the stress associated with driving: use Wi-Fi to be more productive, read a book, or simply use the time to rest.