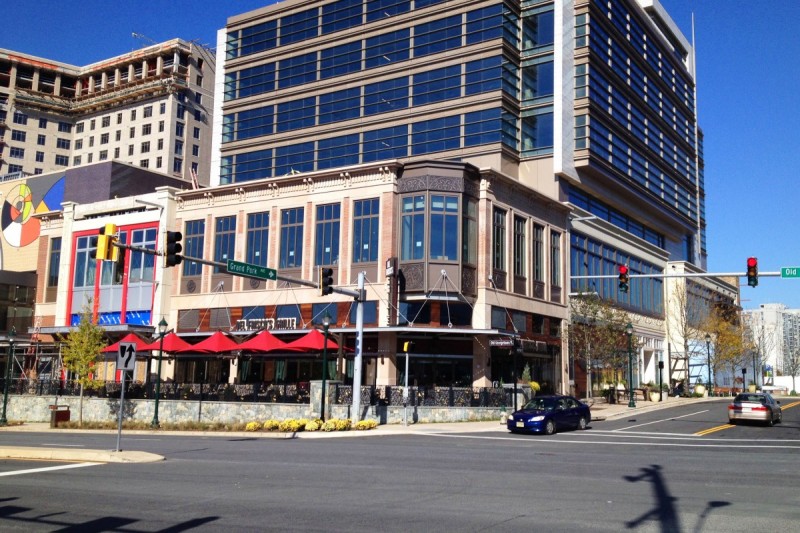 In 2010, Montgomery County passed the White Flint Master Plan with hopes to turn the area into a transit-oriented destination. Today, it’s one of the busiest places for walking in the county, but the walkable urban streets have yet to materialize.

Since the passage of the White Flint Master Plan, thousands of new residents have moved into the area, but pedestrian infrastructure has not kept up with demand. Many crosswalks remain poorly marked and long stretches of road lack mid-block crossings. Busy intersections like Grand Park Avenue and Old Georgetown Road are missing crosswalks, and Rockville Pike remains difficult to cross.

White Flint has the most amount of walkers in Montgomery County outside of Downtown Bethesda or Silver Spring. The intersection of Marinelli Road and Rockville Pike, outside the White Flint Metro station, is the 6th most used pedestrian crossing in the entire county. However, the area is lagging far behind where it should be.

Last September, the Friends of White Flint and Coalition for Smarter Growth launched the Pike District Pedestrian Safety Campaign to increase awareness of pedestrian safety along Rockville Pike. In addition to a petition calling on state and local lawmakers to address pedestrian issues, the safety campaign included the placement of dozens of signs in the area calling attention to missing links in pedestrian networks and suggesting improvements. 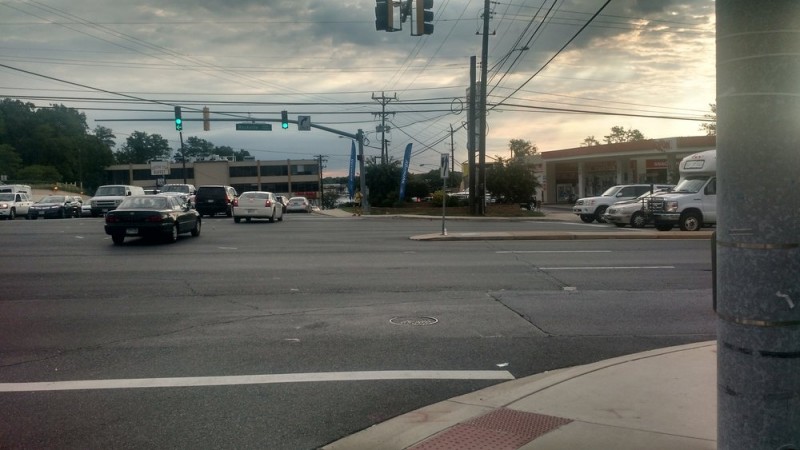 Working with the community, the campaign will identify inexpensive, easy to implement solutions for a better built environment. One example of success is the recent installation of automatic walk signals next to the White Flint Metro station. The hope is to expand on this and bring further enhancements to the Pike District. Here are a few key reasons why walkability is important to the Pike District.

The good news is we can do something about this. Narrowing travel lanes, installing safety zones in medians, and lowering speed limits can drastically increase pedestrian safety and save lives. Reducing speed limits to 30 miles per hour dramatically decreases the chance a pedestrian will die if struck by a car. Instituting pedestrian activated beacons, or HAWK signals, can reduce pedestrian crashes by 69%. The Federal Highway Administration has even issued guidelines acknowledging that pedestrian safety depends on better designed streets.

Instituting better designed roads isn’t a niche issue. It can literally save lives. Maryland is the 15th most dangerous state to be a pedestrian, and we can do better.

Walkable neighborhoods are where people want to be

Walkability isn’t just a safety issue, it’s key to economic competitiveness. Just ask banking company Merrill Lynch. In 2014 they decided to relocate their local office to Pike & Rose, the mixed-use development rising at Rockville Pike and Old Georgetown Road. Even though it increased their rent, the move was worth it because of the walkable environment that Pike & Rose offered. More broadly, Montgomery County is encouraging older, drivable office locations to become more walkable, in line with studies that show the most successful office clusters are in walkable, mixed-use developments. 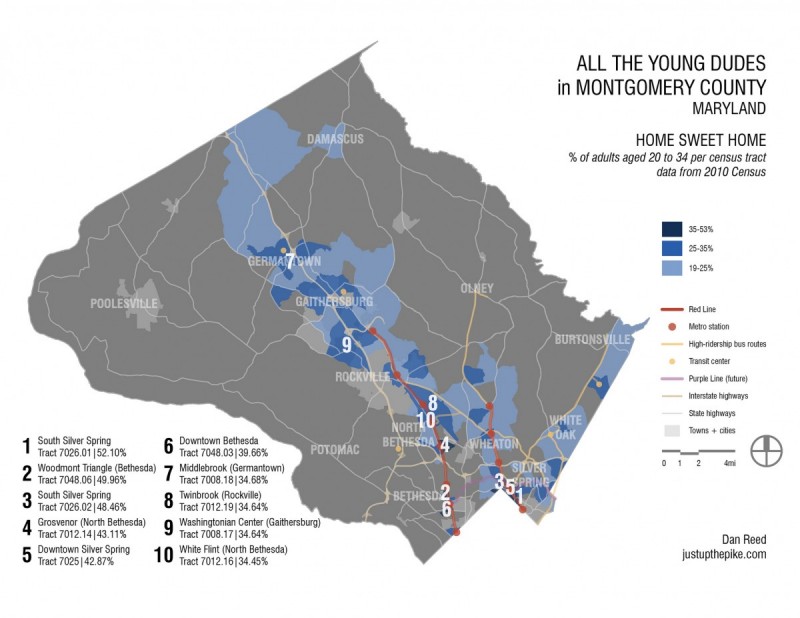 People of all ages want to live where they can walk to stores, friends, restaurants, and work. A 2015 National Association of Realtors study found that Millennials prefer walking as a mode of transportation over driving by 12%. Twenty-five percent of adults living in single family homes said they would rather live in a more walkable environment. In Montgomery, the largest clusters of young adults live in walkable, transit-accessible locations like Silver Spring and Bethesda, and Baby Boomers find walkability to be a factor when deciding where to live.

A major focus of the White Flint Master Plan was to create an “urban lite” neighborhood to draw new residents into Montgomery; better pedestrian conditions are essential if we are to fulfill this vision. Adding crosswalks, improving crosswalk visibility, installing better lighting, and other safety improvements will enhance White Flint’s appeal.

The Pike District Pedestrian Safety Campaign is working to make this vision of a walkable White Flint a reality today through tangible, short-term improvements such as the automatic walk signals recently installed at the intersection of Marinelli Road and Rockville Pike. That said, there is so much more we can do easily and inexpensively to enhance pedestrian safety.

If you are interested in helping us achieve this vision, please come out to Walkable Wednesdays hosted by the Coalition for Smarter Growth and Friends of White Flint. During these special walking tours, we’ll discuss improvements that can be made now to improve walkability, and how you can help make them a reality. The next Walkable Wednesdays will be July 12 at noon.

This article and the comments to it raise the point that improvements to pedestrian infrastructure hasn’t kept pace with the development in this area, which I think we all can agree. I can think of only two specific ped-related improvements over the past couple years which are: removing the “beg buttons” at Marinelli and 355, and adding the missing crosswalk at the corner of Nicholson and Nebel. Are there others I’m not mentioning?

Before going forward, I just want to state that this is just an observation. I appreciate the advocacy and everything that FoWF does for this area. I guess my question is, what types of barriers stand in the way of making these changes to our area at a faster pace or at scale? I’m sure i’m just ignorant of all the details, but adding crosswalks and removing beg buttons seem like trivial changes.

One thing that I do find interesting is that they improved the Nicholson/Nebel intersection by redoing the crosswalks and replacing the traffic lights, yet beg buttons still got installed there.

Thanks for writing. Yes, the pedestrian safety improvements have been somewhat limited, and yes, there is much going on in the background that hasn’t yet been made public. Friends of White Flint and Coalition for Smarter Growth are actively working with MCDOT (who has been surprisingly cooperative and receptive) to improve crosswalks, signage, and lighting. I’m hopeful you’ll see some results of this work in the next couple of months. SHA is involved in any street with a number, including Rockville Pike and Old Georgetown Road, so it is more difficult to enact change on the state roads. That said FOWF and CSG are working to improve pedestrian safety on state roads, too.a

Crosswalks and lighting are not trivial — walkability is improved by a hundred of different small things. Big things, too, like turning Route 355 into a grand, pedestrian and bike-friendly boulevard, but we are focused on the low-hanging fruit first. Check out http://www.pikedistrictpeds.org to learn more about our Pike District Pedestrian Safety Campaign.

By the way, did you know it took (and I’m not exaggerating) 6 months of meetings with SHA to persuade them to change the Marinelli/Route 355 walk signals to automatic?

Amy Ginsburg, Executive Director, FOWF
Thanks for supporting and appreciating our advocacy!