Converting Office to Residential Is Complicated

In a previous blog post, we explored trends likely to impact the adaptive reuse of office buildings, as illustrated through the Octave 1320 office-to-residential conversion in downtown Silver Spring. With its final unit now sold, the successful project prompted us to think about the future of office conversions in Montgomery County.

As cited in the 2015 Office Market Assessment and noted in countless other reports and news articles, the Washington region’s office market currently faces stiff headwinds that are likely to continue in the foreseeable future.  Montgomery County is no exception. As of July 2017, the office vacancy rate in the county was 14 percent, far higher than the 9.2 percent vacancy rate during the 10-year period before the Great Recession (1998-2008).

Even as job growth recovers, the demand for office space returning to previous levels is questionable, as disruptive forces like telecommuting, technological advances and more efficient work spaces are all reducing the need for conventional office space. Finally, while auto-dependent, suburban business parks comprise about 37 percent of Montgomery County’s office market, they’re responsible for 46 percent of its vacancy, quickly losing favor to mixed-use, walkable environments with transit access.

With challenges such as these, coupled with the still-strong residential market, could we see market momentum for the conversion of existing office buildings to residential? What factors are critical to such transformations?

The Planning Department is working on two master plans with challenged office markets, the Rock Spring and White Flint 2 Sector Plans in North Bethesda.  Each of these plan areas has struggling office parks with high vacancies that are highly emblematic of the issues facing the suburban office market. Given that master plans are intended to anticipate and guide land use changes, the Planning Department commissioned Bolan Smart Associates, a real estate consulting firm in Washington, DC, to study the likelihood of such office buildings being converted, and the typical conditions needed to do so. The report observed a number of specific conditions that impact the feasibility of adaptive reuse:

Economics of Opportunity Cost: The owner of a struggling, but high-quality, Class A office building in an unfavorable location has several options, many of which are less expensive than adaptive reuse. The owner can wait to try to sign up a large tenant or federal government lease before subdividing and marketing the building with smaller spaces. He or she can renovate the property to make it more competitive for re-leasing. Finally, the owner can lower rents to attract tenants in the Class B office market. These options are considerably cheaper than a conversion. Many owners of office buildings in the Rock Spring and Executive Boulevard (White Flint 2) business parks are pursuing these paths because the buildings are still too valuable to be converted to other uses or demolished outright. Often, the most viable candidates for conversion are aging, obsolete office buildings with little to no opportunity costs. 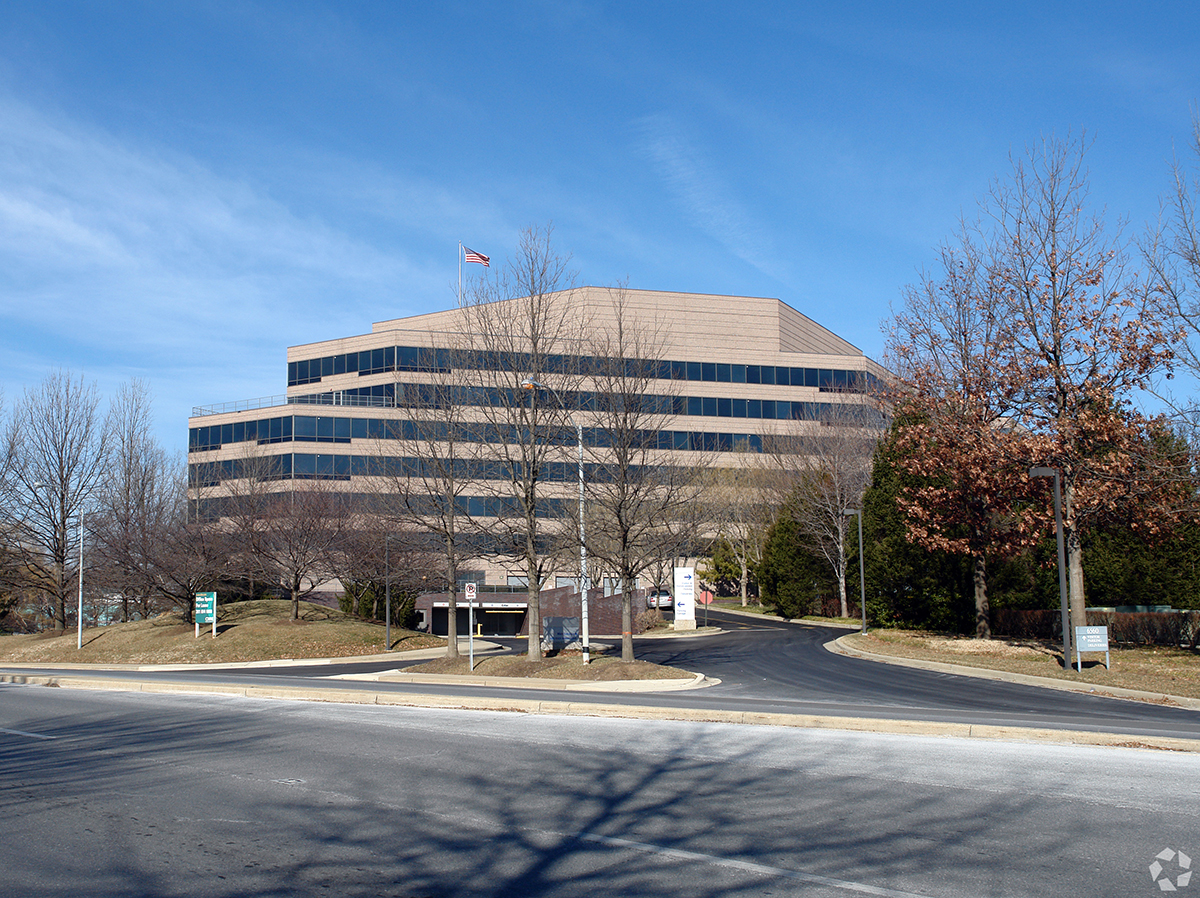 Architectural and Building Standards: Many architectural elements unique to an office building, such as deep floor plates, closely spaced structural columns and dedicated core space, can create challenges for residential use. Offices that have smaller building depths (causing buildings to be more rectangular, thus maximizing window views) and greater spacing between columns (allowing more unobstructed space) will be able to yield more dwelling units, making them better targets for conversions. Offices with less space dedicated to building core functions – such as elevators and stairwells – allow greater flexibility in floor plans and yield more dwelling units when converted. Lastly, office buildings with generous parking and a lower cost to rehabilitate plumbing, electrical and fire protection systems to meet residential codes will also be better candidates. While most office buildings in Montgomery County have some of these attributes, few if any, have all of them, making conversions inherently complicated. 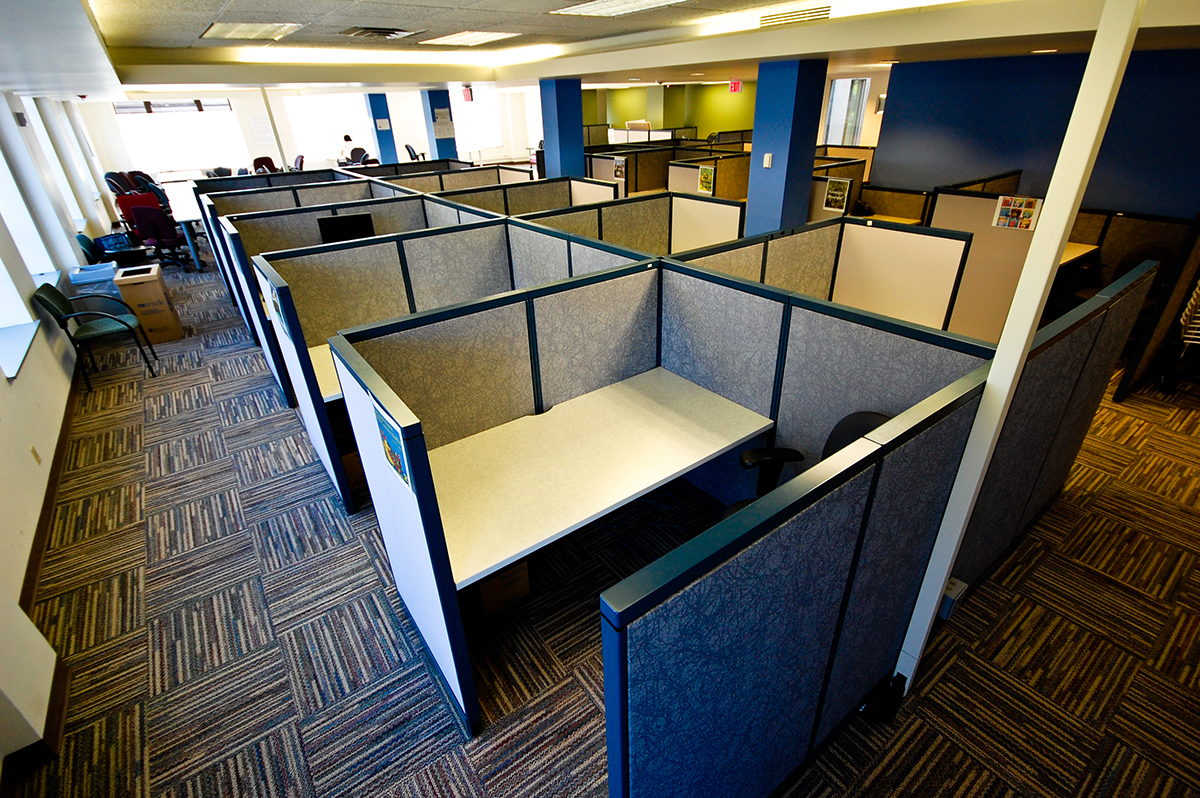 Location is Key: As mentioned in the previous blog post, the most likely candidates for office-to-residential conversion will be in locations where there’s strong market demand for multifamily housing. Such locations will have convenient transit options and are typically situated in urban, walkable environments with access to a host of amenities, which are attributes that made the Octave at 1320 successful. Areas such as downtown Silver Spring and Bethesda command higher rents and prices, and strong market potential for residential use shifts the conversion investment “tipping point” toward repurposing or conversion. 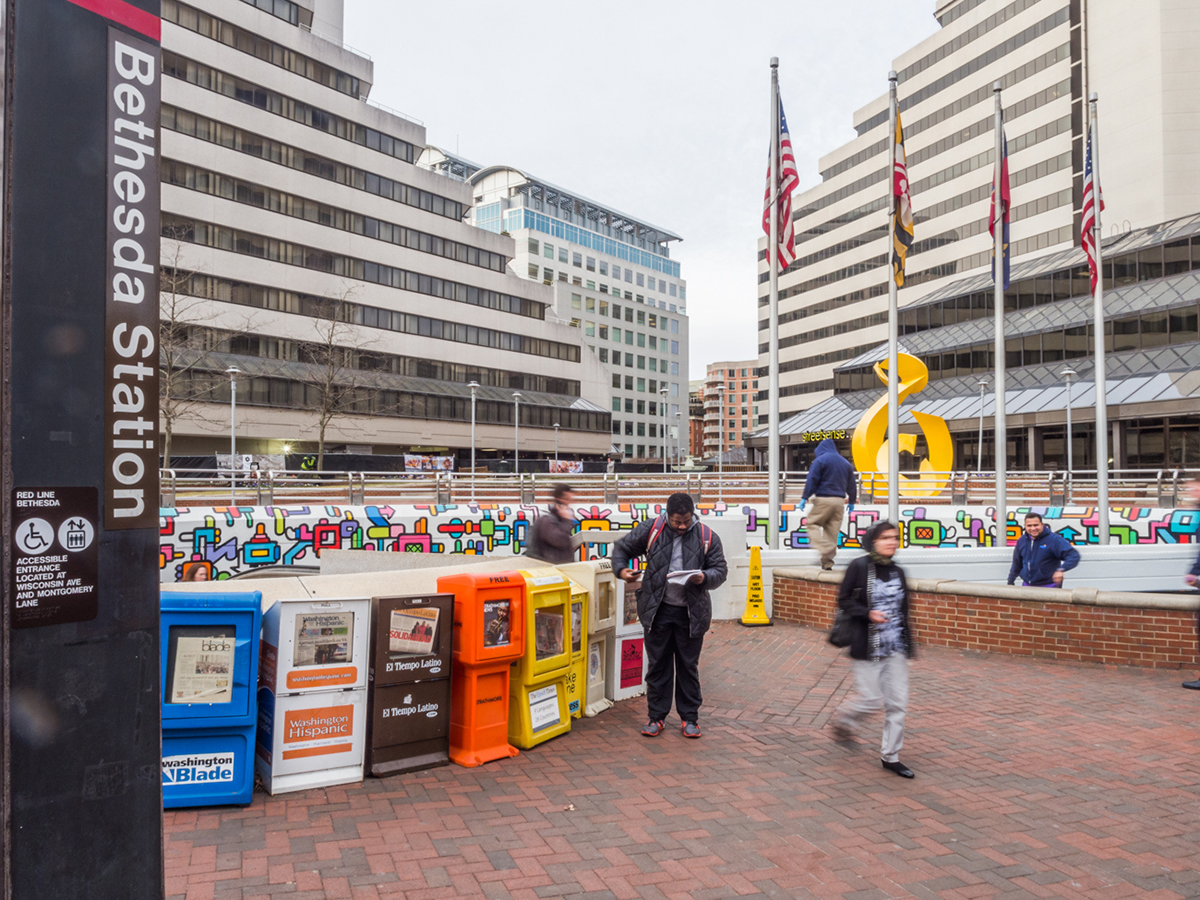 Vibrant urban settings – such as Bethesda – that have restaurants, shopping, and transit offer a strong market for office conversions. Copyright: Bethesda Magazine

Regulatory Conditions: Naturally, the conversion of a building from offices to residential units must be permitted by zoning. In general, for properties that are unable to be converted into a different use by right – or permitted without the need of a zoning variance – owners will need to go through an entitlement process for the new project. Although Montgomery County has greatly assisted in making conversions like the Octave at 1320 feasible by providing regulatory relief, the overall entitlement process represents additional uncertainty, on top of already higher-than-average development risk inherent to adaptive reuse. Thus, office buildings with flexible zoning that still have substantial unused residential density will likely elect to use it before considering full-scale conversion.

What we learned from Bolan Smart’s report is that the feasibility of adaptive reuse must be evaluated on a case-by-case basis and is not necessarily an option for every office building. Building features that are unique to office use often make conversions cost-prohibitive and more expensive than even redevelopment from the ground up. Thus, despite the sluggish office market, most owners of challenged office buildings are still not ready to assume the risks of renovation and re-use. As the example of the Octave 1320 shows, many successful conversions depend on some degree of regulatory relief or even financial incentives from the public sector.